In honor of Lamar’s most famous constable and his Legendary Beginnings, the Barton County Chamber of Commerce is excited to announce the future Wyatt Earp Park. This park will feature a statue of Wyatt and his wife Urilla (Sutherland) Earp with historic murals depicting the young couple's story. Also a music pavilion perfect for concerts, outdoor learning, open air gatherings and community events.

To increase tourism and tax dollars into our community, we hope to advertise our Legendary Lawman using cross marketing efforts with The State of Missouri, Dodge City, Kansas & Tombstone, Arizona.

Wyatt Earp was born March 19, 1848 in Monmouth, Illinois very little is known of his early years. But we do know his family moved to Lamar, Missouri around 1869 when Wyatt was around 21 years old. During his early time here, he was appointed as Lamar’s constable on November 26, 1869 following his father’s resignation. While here he met and married Urilla Sutherland on January 10, 1870. After a turn of unfortunate events with the death of his wife and unborn child, Wyatt left Lamar heading west starting the journey of what would become one of America’s frontier legends. 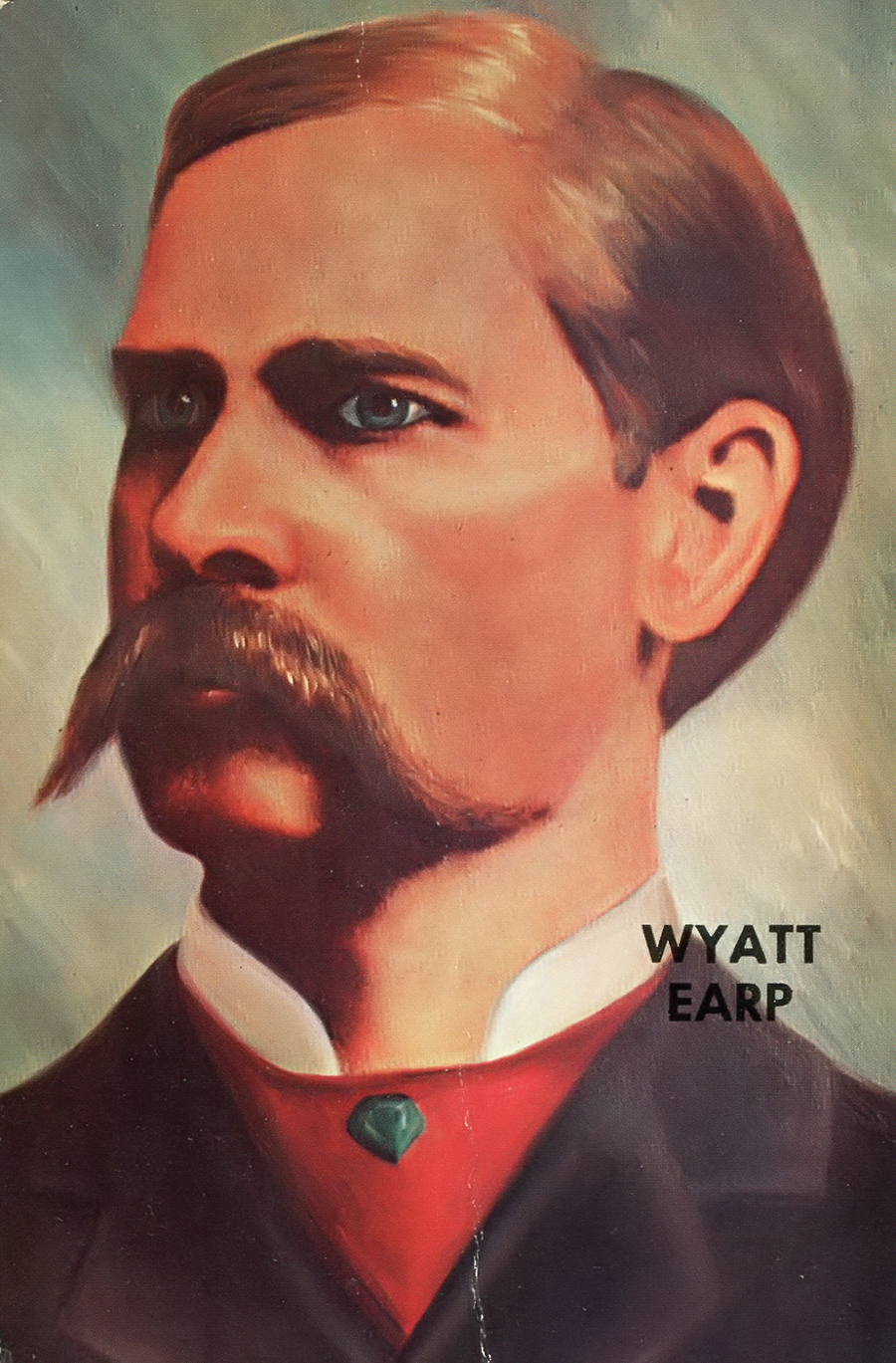 Our Wyatt Earp Park would be located on the Northeast corner of the Lamar, Missouri Downtown Square. Which just happens to be right across the street from where Wyatt & Urilla was married in the Old Exchange Hotel, where Lamar Bank & Trust is located today.

Below are conceptual drawings of the the proposed park. 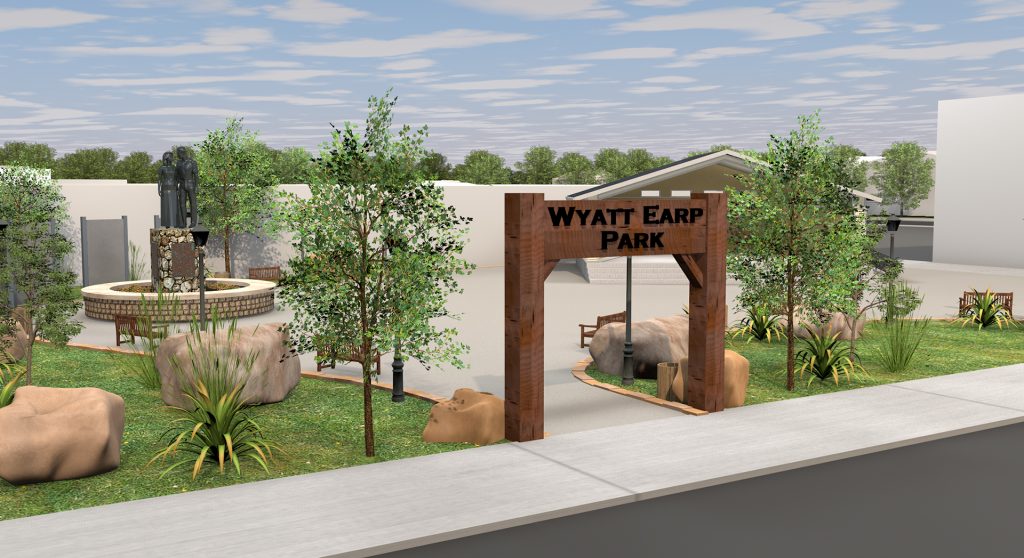 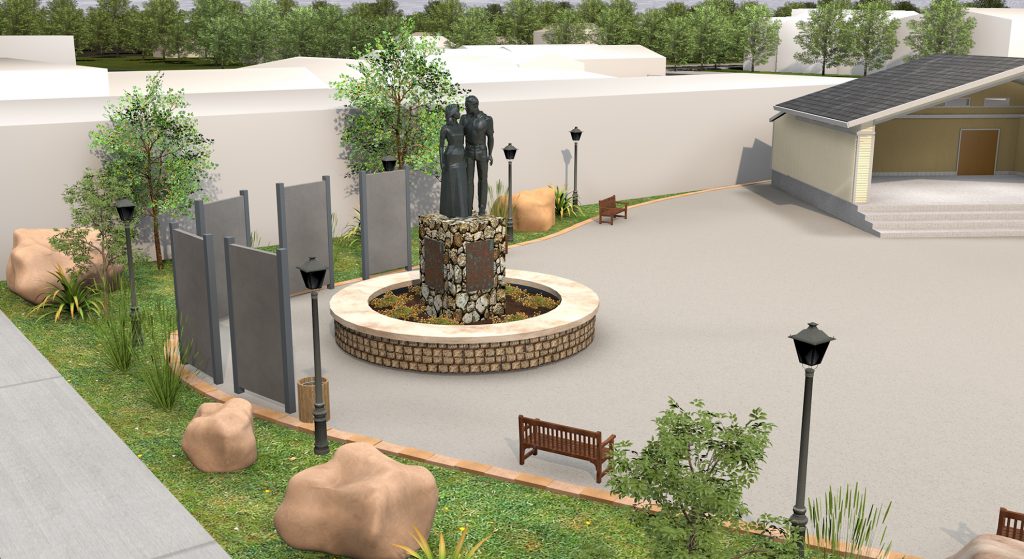 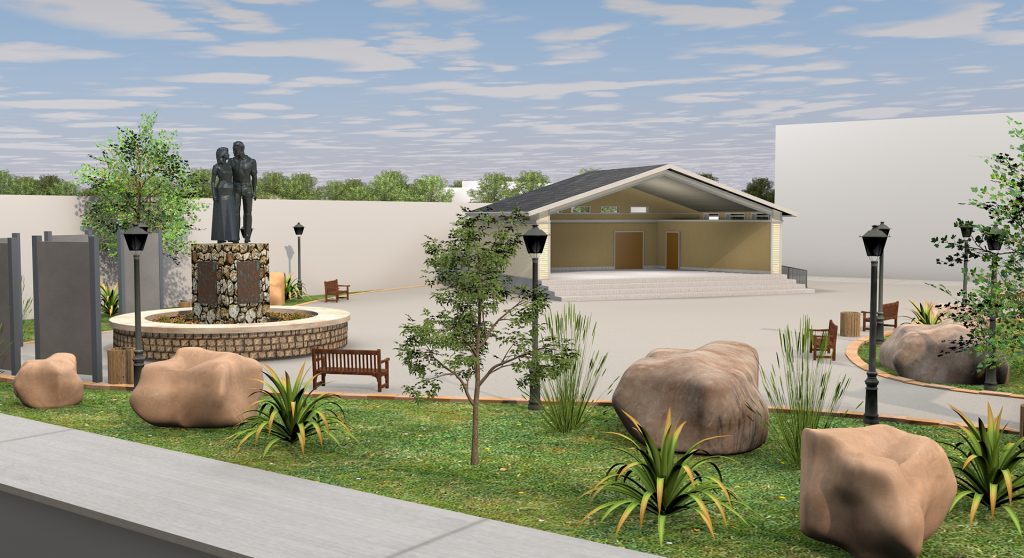 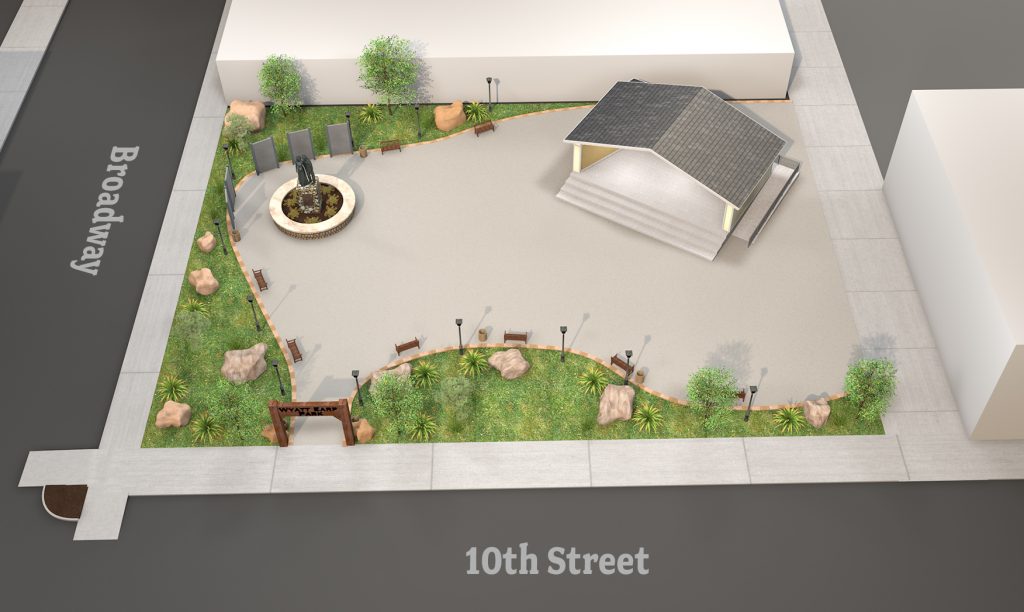 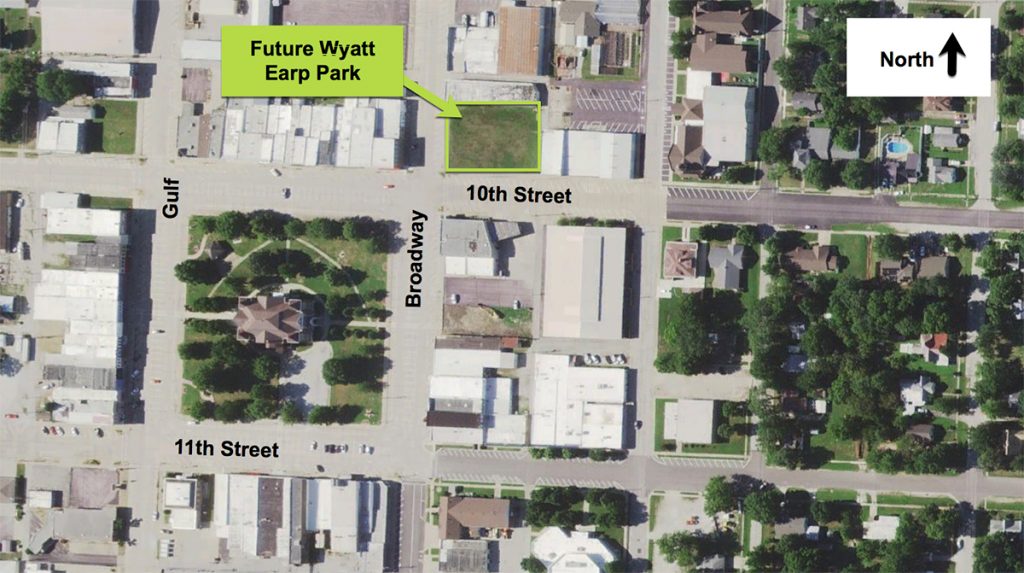 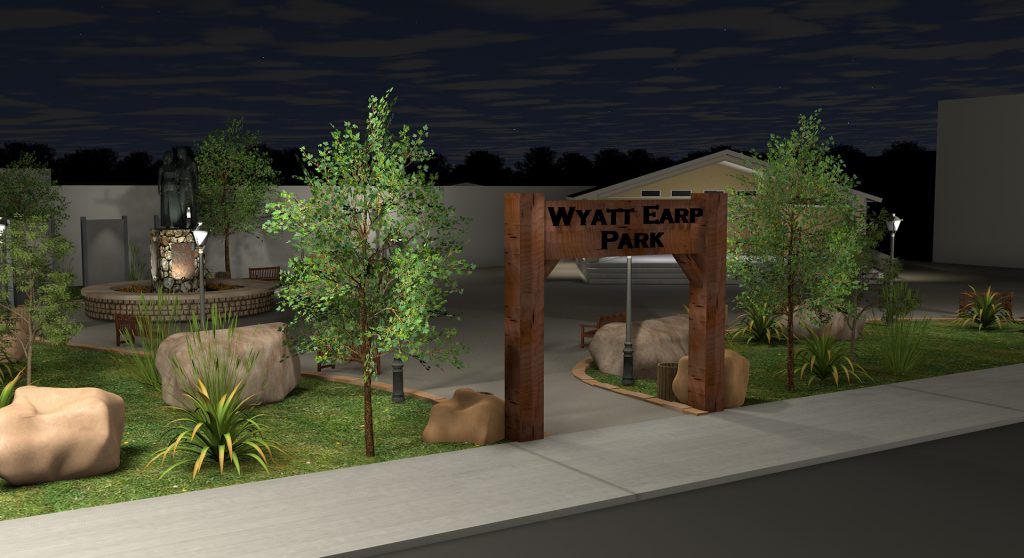